Agate is a largely translucent and variety of quartz and subvariety of chalcedony.

Characteristic for an agate is the green outside around the inner bladder. This green exterior consists of minerals such as celadonite, chlorite and/or saponite.

The formation of agates results in blowing, tearing or cracking of rocks. Examples where this happens are the volcanic rocks andesite and basalt. When an agate is formed in crevices or cracks, these are also called vein agate or grain agate.

Chemical structure agate
Agate consists mainly of interwoven crystal quartz and moganite (both quartz, but with a different crystal structure, respectively trigonal and monoclinic). An agate often has a parallel banding (or concentric thin lines). The chemical structure of agate is identical to jasper, flint, horn pebble and agate is often found together with opal. 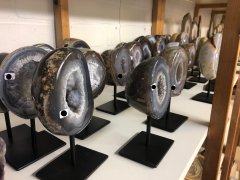 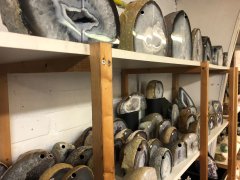 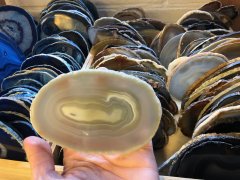 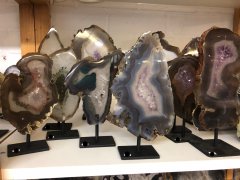 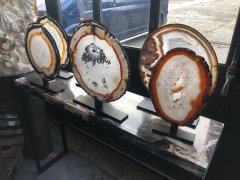