It can be said that there are three different crystals (or quartz crystals) most popular. These are rock crystal, amethyst and rose quartz. Here you will find a wide range of different crystals. Think of different qualities, sizes, prices and shapes. Besides polished material we also sell rough crystals for sharpeners.

Quartz is an important mineral in igneous rocks, such as granite.
Quartz is formed when a molten silicate mass cools down. Cooling a hot solution of orthosilic acid can also lead to quartz. The cooling must be slow. Then (large) crystals are formed. Because crystallization is rather slow, when molten silica cools down quickly a glass is often formed.

The largest crystals are formed by the influence of hot water on rocks. SiO2-containing rocks dissolve in the form of orthosilic acid. When the solution cools, the acid deposits in cavities (geodesics) and cracks.

Quartz is chemically free inert. Under atmospheric conditions it dissolves poorly in water. The water solubility at 25 °C is between 6 and 11 mg/l. This means that when weathering quartz-containing rocks, quartz hardly dissolves. As a result, the most common form of quartz is sand and sandstone. 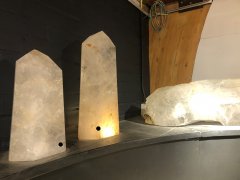 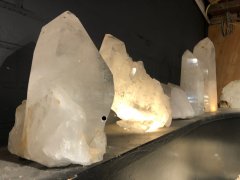 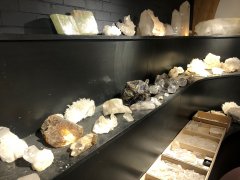 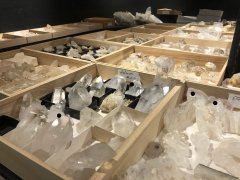 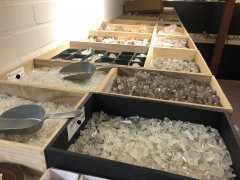 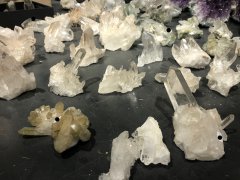 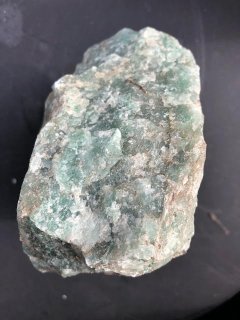 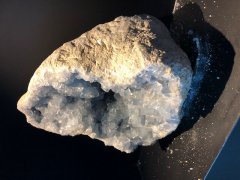