One of the more famous celebrities in the audience, famous for its beautiful intense blue color. The name comes from Latin and means as much as "blue stone". In fact, lapis is not precious stone but a rock consisting of several minerals including lazurite, sodalite, calcite and pyrite. In the jewelry industry especially the intense blue stones are popular, preferably light gold-plated with pyrite ("golden glitters"). White calcite veins make the stone less valuable.

The best quality lapis is found in Afghanistan and Chile, but there are also places further north in Russia and China.

Lapis lazuli was known since ancient times. It was also very popular in ancient Egypt. It was used, for example, for the Toetanchamon killing mask. A misunderstanding is that all blue stripes are made in the mask of lapis. This is blue glass. Only the eyebrows and the edges of the eyes are made of real lapis. There was so much demand throughout the Middle East that in the 13th century BC. Imitations were made. For example, from the city of Sidon, rolling stamps are known of King Annipi and his father Adummu, who have been given a dark blue color with the help of cobalt salts. Lapis lazuli was also used in ground form as a blue dye (ultramarine), which was also very popular in Renaissance paintings. Painters like Vermeer and Rembrandt, as well as Michelangelo, have used this pigment frequently, but today we still deliver lapis lazuli to people who grind for ultramarine. 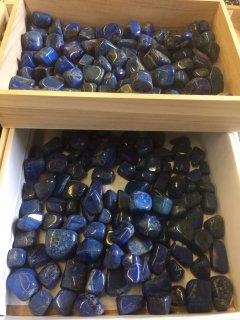 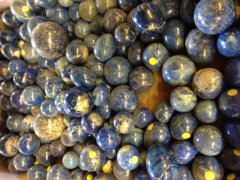 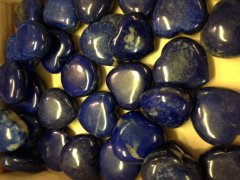 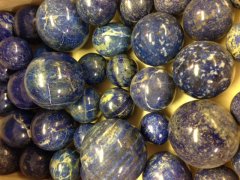 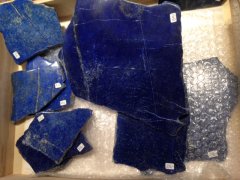